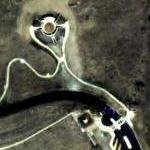 By kjfitz @ 2010-10-27 13:40:24
@ 45.570278, -107.4275
Crow Agency, Montana (MT), US
Little Bighorn Battlefield National Monument preserves the site of the June 25, 1876, Battle of the Little Bighorn, near Crow Agency, Montana, in the United States. It also serves as a memorial to those who fought in the battle: George Armstrong Custer's 7th Cavalry and a combined Lakota-Northern Cheyenne and Arapaho force. Custer National Cemetery, on the battlefield, is part of the national monument. The site of a related military action led by Marcus Reno and Frederick Benteen is also part of the national monument, but is about three miles (5 km) southeast of the Little Bighorn battlefield.
Links: en.wikipedia.org
6,122 views