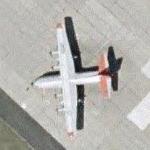 By Hinkkanen @ 2006-03-19 12:44:41
@ 42.852003, -73.922185
Schenectady, New York (NY), US
From its base at Stratton ANGB/Schenectady County Airport in Scotia, New York, the New York Air National Guard's 109th AW and its flying component the 139th Airlift Squadron, flies the only ski-equipped aircraft in the USAF inventory, the Locheed LC-130H Hercules. The 109th AW has been assisting the US Navy for more than 10 years in support of the National Science Foundation's Antarctic research program and when the Navy decided to relinquish the mission in 1993, the 109th Airlift Wing was a logical choice to take over full responsibility for Antarctic air support.
Links: www.philippecolin.net
650 views

I was told by one of the crew members on that mission that the orange tail and silver body (seen in the thumbnail) is intended to signify the peaceful, non-military nature of these aircraft in Antarctica.