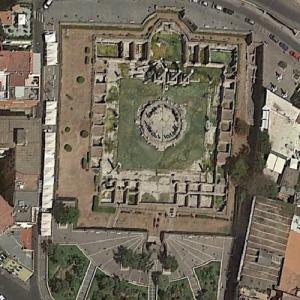 By Drudii @ 2018-01-18 09:38:56
@ 40.8262029, 14.1205118
Pozzuoli, Italy (IT)
The Macellum of Pozzuoli was a macellum or market building of the Roman colony of Puteoli, now the city of Pozzuoli in southern Italy. The macellum was built between the late first and early second century AD, and restored during the third century AD under the Severan dynasty. The macellum is located close to the Roman amphitheatre in Pozzuoli.

Foundations and columns of the macellum remain at the site today and can easily be viewed and are open to the public.
Links: en.wikipedia.org
348 views