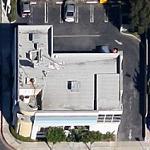 By Mike1989 @ 2013-09-03 03:31:23
@ 33.88762, -118.399349
Manhattan Beach, California (CA), US
The McMartin preschool trial was a day care sexual abuse case of the 1980s. Members of the McMartin family, who operated a preschool in California, were charged with numerous acts of sexual abuse of children in their care. Accusations were made in 1983. Arrests and the pretrial investigation ran from 1984 to 1987, and the trial ran from 1987 to 1990. After six years of criminal trials, no convictions were obtained, and all charges were dropped in 1990. When the trial ended in 1990 it had been the longest and most expensive criminal trial in American history. The case was part of day care sex abuse hysteria, a moral panic over alleged Satanic ritual abuse in the 1980s and early 1990s.
Links: en.wikipedia.org
7,995 views

Anonymous
@ 2022-02-17 12:56:30
You forgot to mention physicians willing to testify of many of the preschoolers having sexual diseases like chlamydia. Also, you forgot to mention that the underground tunnels the hundreds of victims mentioned, were in fact 100% true. According to an excavation conducted by many high profile scientists. That report is readily available but you choose to ignore it and instead continue to cover-up sick perversions.