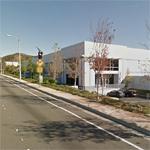 The two men were attending a nearby event held at Rodas' automotive business to raise money for the Philippines typhoon relief effort. They reportedly left the event to go for a joyride.

Walker was most famous for his role in the "Fast & Furious" movie franchise. The accident occurred during a break in filming "Fast & Furious 7".
Links: en.wikipedia.org, signalscv.com
34,650 views