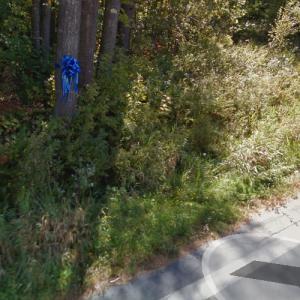 Later that day, after reports of an accident, her car was recovered by police from a ditch on route 112 in New Hampshire, but no one was inside or around the vehicle.

A blue ribbon tied to a tree marks the exact location of the accident/disappearance.
Links: en.wikipedia.org
2,485 views