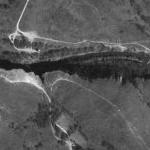 By Ozzy @ 2006-12-11 22:26:28
@ 34.684336, -98.414658
Fort Sill, Oklahoma (OK), US
These are the bluffs where Geronimo as the story says, while on horseback jumped off while being pursued by soldiers. He is said to yell out his name "Geronimoooooo" in defiance as he made the jump down the bluffs. This is the reason why US paratroopers yell out the same when jumping out of airplanes. A tradition that has been around for a long time. Along with this story it is also said that an hawk or eagle was the only thing seen when the soldiers approached the edge looking for Geronimo.
4,373 views