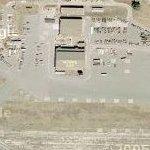 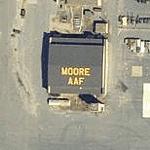 In 1976, the base was renamed Moore AAF after CWA2 Douglas Moore, a native of Ayer, MA who was killed in action in Vietnam. At the end of the Cold War, the base was downgraded and the airfield closed. The base is still used by the FBI and various other acronym agencies for training purposes, but the field remains abandoned.
1,584 views