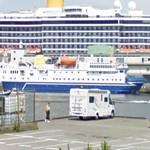 During a cruise in the Southern Ocean, the Ocean Nova, 17 ran February 2009, 04:30 UTC aground. After two attempts to free the vessel at high tide from the rocks, it was decided to evacuate the passengers. In heavy seas, temperatures around freezing, and winds of up to ten Bft brought 68 people with rafts on the Clipper Adventurer. During an inspection of the hull of the accident so no damages were found by divers. On 18 February 2009, the ship was then yet free from its own resources. This boat accident, the discussions about the acceptability and the risk of tourist events in the polar regions have been rekindled, even though the grounding of the Ocean Nova lightly went out, unlike other conflicts of cruise ships, such as the accident, the Explorer in November 2007.
Links: de.wikipedia.org
679 views