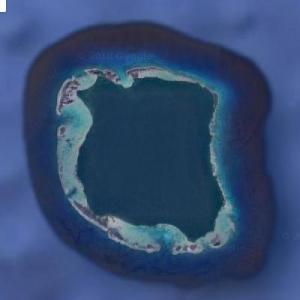 The population of Sentinelese living on North Sentinel Island is between 50 and 400 individuals and they are noted for resisting attempts at contact by outsiders. From what is known about them, they are an essentially hunter-gatherer society subsisting through hunting, fishing, and collecting wild plants. There is no evidence of either agricultural practices or methods of producing fire, making them the only known paleolithic people left in the world. Their language remains unclassified.

Several attempts at contact have been made (or accidentally been made) over the years. In 1897, the Nineveh, an Indian merchant ship, was wrecked on a reef near the island. The surviving passengers and crewmen landed on the beach and fended off attacks by the Sentinelese. They were eventually found by a Royal Navy rescue party. In 1880, an expedition was sent to North Sentinel Island and the visit party found a network of pathways and several small, abandoned villages. In 1883, another landing took place.

Indian exploratory parties under orders to establish friendly relations with the Sentinelese have made brief landings on the island every few years beginning in 1967. The first peaceful contact with the Sentinelese was made by Trilokinath Pandit, a director of the Anthropological Survey of India, and his colleagues in 1991. Indian visits to the island ceased in 1997.

The Sentinelese survived the 2004 Indian Ocean earthquake and its after-effects, including the tsunami and the uplifting of the island. Three days after the event, an Indian government helicopter observed several of them, who shot arrows and threw stones at the hovering aircraft with the apparent intent of repelling it. On 26 January 2006, two fishermen were killed by Sentinelese when their boat drifted near the island.
Links: en.wikipedia.org, en.wikipedia.org
29,125 views