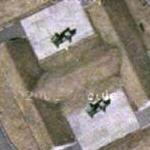 The U.S. will deploy Patriot Advanced Capability-3 (PAC-3) surface-to-air missiles in Okinawa next month, U.S. and Japanese officials announced yesterday. The Pentagon will relocate PAC-3 interceptors along with 600 troops from the Air Defense Artillery Battalion at Fort Bliss, Texas, to the U.S. Kadena Air Base and the nearby Munitions Storage Area on Okinawa. Japanese officials said the system is scheduled to be at least partially operational by year’s end.

In addition, Japan’s Self Defense Force will begin deploying PAC-3 systems on military bases by next March. The rollout will begin at Iruma Base just west of Tokyo, spreading to three other bases by the end of 2007. Japan intends to keep deploying the system throughout the country through 2010.
Links: www.washingtonpost.com
1,122 views