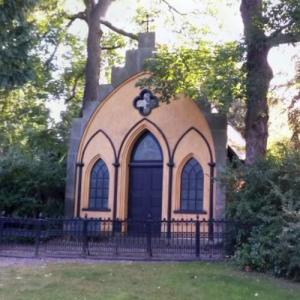 In 1827, he became acting governor general of St. Thomas. From 1835 to 1848, he became governor general for all three islands, Saint Thomas, Saint Croix, and Saint John, giving him virtually absolute command of the islands. In this period he showed himself a patriarchal ruler trying to lighten the burden of the slaves and to cushion the racial tensions. He did this by creating schools for them, as well as permitting them private ownership.

Regardless, von Scholten was opposed to Christian VIII of Denmark's idea that every child born of an unfree woman should be free from birth, as he felt that such an arrangement could cause displeasure and envy with serious consequences. When this was brought into effect, he felt himself proven right as a slave rebellion broke out on St. Croix in 1848. Peter von Scholten responded by, on July 3, 1848, emancipating all slaves in the Danish West Indian Islands.