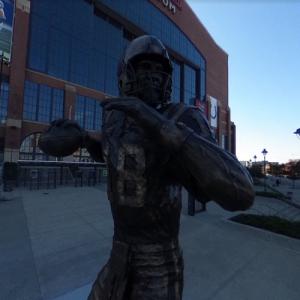 The statue stands in front of the Indianapolis Colts stadium, Lucas Oil Field. Manning played for the Colts from 1998-2011 and the Denver Broncos from 2012-2015.
Links: en.wikipedia.org
225 views