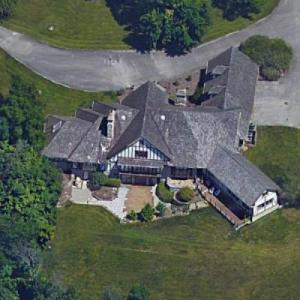 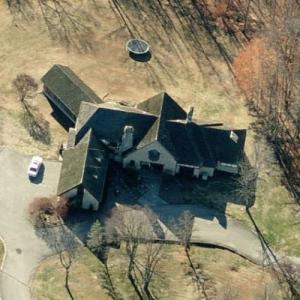 Herb Baumeister was born in 1947 to a reportedly normal home. He, his parents and three siblings grew up in Indiana. As he grew up, he experienced signs of schizophrenia but never received any treatment. In the late 1960s, Herb attended Indiana University where he met his future wife, Julie. She was a high school English teacher and he was working odd jobs around town. Soon after they were wed, Herb was committed to a psychiatric hospital for a short time after becoming depressed and prone to fits of rage. In 1989, Herb and Julie opened a chain of thrift stores, Sav-A-Lot, around town and were charitable with their proceeds. Their marriage had some highs and lows and in the early 90s, they reconciled again and bought Fox Hollow for $1 Million, despite the negative turn in business proceeds.

In 1993, gay men started disappearing around the Indianapolis area. Originally, the police tried to find a suspect named Brian Smart. After a tip from someone who saw him in town and wrote down his license plate number, Herb Baumeister was determined to be Brian Smart. After multiple requests from police to search the house without a warrant, Julie finally agreed to let the police search the property while Herb was on vacation. At that time, police found the remains of 11 men. Currently, only eight of them were identified. They were all gay men that had been reported missing from the area. After a search for Herb turned up nothing, his body was found in Canada at a park about a week after the first bodies were discovered. He had committed suicide and left behind a note that did not mention the murders or the bodies in the yard, just his failing business and marriage. He is also believed to be responsible for the deaths of nine men found on the side of I-70 between Columbus, Ohio and Indianapolis as he traveled this route often for work.

The bodies were found in the sprawling woods around the house. The Tudor style home has an indoor swimming pool, where it is rumored that Herb did most of his killings. There are rumors that he had a camera in the pool area and had been seen with a stack of videos before his death; although the videos have never been found.

The home most recently had a renter who claims to have multiple encounters with spirits in the woods and the home and multiple paranormal shows have gone to the house to track any abnormal experiences.
Links: en.wikipedia.org, people.com
93,080 views

iautopsyu
@ 2009-11-22 17:18:14
The property was a deal. Some estimates place it at 5 to 6 million if not stigmatized. Two families have lived here since the trouble happened. We enjoy it never the less and feel we got it at a steal.

Anonymous
@ 2015-06-28 16:30:36
How much is the price for this beautiful but haunted home?its pretty much priceless for all those poor souls trapped in the woods and the apartment.

Anonymous
@ 2016-02-15 16:21:18
A close friend of mine used to cut Herbs hair. I remember him telling me about Herb coming in his salon,and he was a little disheveled,and had dirt under his nails, and he was a bit jittery. He said he'd been planting flowers and such at home.I never met Herb, but I remember meeting his wife Julie, I just felt so sorry for her, after all of this transpired.She had no clue to his other secret life. The whole story sounds like it would make, one scary movie.

Anonymous
@ 2019-07-26 09:32:05
I could never live in a place where I knew there was a murder, and especially not where a bunch of murdered people were buried and excavated.

Anonymous
@ 2019-10-01 11:53:53
it's a beautiful home now, owned by a lovely family who's brought light and laughter and love back into the atmosphere. I've been there countless times, and while the spirits of the deceased victims will sometimes make themselves known, it's not a scary, evil place. the victims just want to be remembered and acknowledged. At this time, there is no way to visit for the curiosity seeker.

Anonymous
@ 2020-11-25 16:24:35
I live about 5 minutes from Fox Hollow Farm. It's definitely a weird place to see, especially considering that a very popular running/biking trail runs right by the hollow area where the bodies were found.