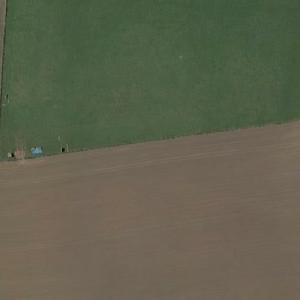 By Drudii @ 2018-01-25 11:36:10
@ 52.0015731, -1.6988955
Moreton-in-Marsh, United Kingdom (GB)
Lying in this field near Dorn in Moreton-in-Marsh in the UK are the cropmarks from a Roman settlement. The broad ditch that surrounded the Roman town of Dorn can be seen as a dark rectangular cropmark with rounded corners. The grid layout of the streets within the town can also be seen as cropmarks together with the Fosse Way.

When choosing the "Historical Imagery" feature on Google Earth the cropmarks can clearly be seen on the imagery from April 2005.
Links: historicengland.org.uk
414 views