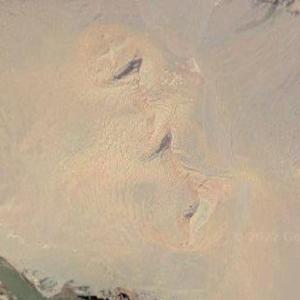 It the metrological conditions are right the dune emits a low rumbling sound and it is the phenomenon which gave rise to the it popular name.

The singing starts when something causes the sand to slip down the slopes of the dune. The sound has variously been described as like an organ or the scream or howl of an aircraft engine. It can be as some distance away and can last several minutes.
Links: www.itinari.com, aboutkazakhstan.com, www.youtube.com
14 views