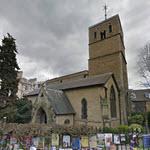 By chaswatson @ 2015-12-12 05:25:06
@ 52.2038961, .1180856
Cambridge, United Kingdom (GB)
The exact year when the construction of the church began on this site is not known. Some claim it could be as early as the tenth century whilst other believe that construction started around 1020. Whichever is chosen the church remains the oldest church in Cambridgeshire and the oldest building in Cambridge. Most of the tower is original as are some other parts of the church. Two restorations took place in the 19th century.
Links: www.stbenetschurch.org, en.wikipedia.org, www.britainexpress.com, www.historicengland.org.uk
438 views