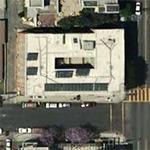 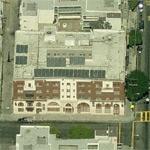 By neotrix @ 2009-09-14 10:21:44
@ 34.006819, -118.256745
Los Angeles, California (CA), US
The Dunbar Hotel, originally known as the Hotel Somerville, was the focal point of the Central Avenue African-American community in Los Angeles, California during the 1930s and 1940s. Built in 1928, it was known for its first year as the Hotel Somerville. Upon its opening, it hosted the first national convention of the National Association for the Advancement of Colored People (NAACP) to be held in the western United States. In 1930, the hotel was renamed the Dunbar, and it became the most prestigious hotel in LA's African-American community. In the early 1930s, a nightclub opened at the Dunbar, and it became the center of the Central Avenue jazz scene in the 1930s and 1940s. The Dunbar hosted Duke Ellington, Cab Calloway, Billie Holiday, Louis Armstrong, Lionel Hampton, Count Basie, Lena Horne and many other jazz legends. Other noteworthy people who stayed at the Dunbar include W. E. B. Du Bois, Joe Louis, Ray Charles and Thurgood Marshall. Former heavyweight champion Jack Johnson also ran a nightclub at the Dunbar in the 1930s.

In October 2008, the Dunbar Hotel is no longer a hotel, and currently has 32 residents living in its 73 apartments. Due to nonpayment of taxes, the building is likely to be foreclosed into City of Los Angeles ownership.
Links: en.wikipedia.org
1,079 views