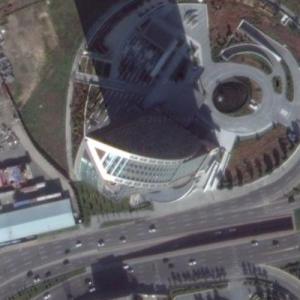 Designed by Zaha Hadid, in 2012, prior to his presidency, Donald Trump entered into an agreement with the Azerbaijani Mammadov family. The Mammadov reportedly has significant ties to the Iran's Revolutionary Guard.

U.S. officials believe that official, Ziya Mammadov, laundered money for the Iranian military. Anar Mammadov, Ziya's son, is Trump's partner in the project. Anar's brother, Elton Mammadov, is an influential member of the Azerbaijani parliament, who signed contracts for the project and founded Baku XXI Century, which owns the tower.

The Mammadov family has been called “The Corleones of the Caspian".

The Trump organization, through their legal department, dismissed any concerns by saying the company never engaged directly with Mammadov.
Links: www.newyorker.com
839 views