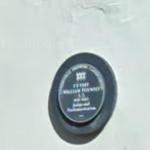 In 1646 he became a judge of the admiralty for north Wales and in 1647 became the MP for Caernarfon until 1648. Then in 1654 he became the MP for Anglesey and then Swansea in 1659. He became judge advocate of the Chester circuit in 1660 and in the same year was elected MP for St Albans.

The Foxwist family was well known in Caernarfon up to the end of the 18th century, amongst them a judge and a Chancellor of the Exchequer.
Links: en.wikipedia.org
403 views