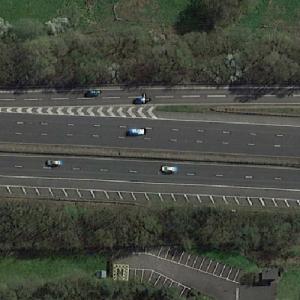 The baths were discovered in 1960 by local a local archaeologist and were excavated the following 10 years. However, shortly after the excavation, the Ministry of Transport uncovered a new route for a motorway which would go right through the site. As a solution, a vault was built around the ruins and motorway was built over the top of the vault once the vault had been completed.

Today the site is open to the public and can be accessed by a tunnel that leads under the motorway and into the vault where the ruins are preserved.
Links: en.wikipedia.org
256 views