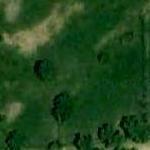 By kkeps @ 2010-01-16 17:33:08
@ 36.610016, -118.059758
Lone Pine, California (CA), US
The Great Lone Pine earthquake was one of the largest earthquakes to hit California in recorded history. The quake struck on March 26, 1872 and its epicenter was near Lone Pine, California in Owens Valley. The true size of this earthquake is not known, but historical evidence detailing the damage it caused in settlements and landforms near the epicenter, and the geographic extent to which noticeable movement was felt, leads researchers to estimate a Richter magnitude of 7.6 to 8 or greater — similar in size to the 1906 San Francisco earthquake.

The quake hit at 2:35 in the morning and leveled almost all the buildings in Lone Pine and nearby settlements. Of the estimated 250-300 inhabitants of Lone Pine, 27 are known to have perished and 52 of the 59 houses were destroyed. One report states that the main buildings were thrown down in almost every town in Inyo County. About 360 kilometers south of Lone Pine, at Indian Wells, California, adobe houses sustained cracks. Property loss has been estimated at $250,000 (1872 dollars). As in many earthquakes, adobe, stone and masonry structures fared worse than wooden ones which prompted the closing of nearby Camp Independence which was an adobe structure destroyed in the quake.
Links: en.wikipedia.org
1,049 views