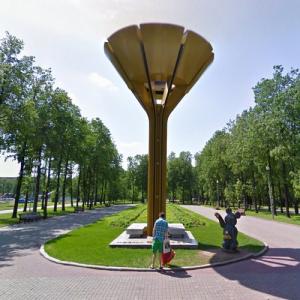 1996 it was taken down to make place for the new stadium roof and slowly fell apart. 2010 it was restored and placed here at the Alley of Fame.
Links: en.wikipedia.org, www.flickr.com
504 views