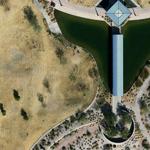 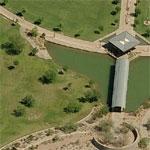 By dda @ 2007-07-28 09:16:38
@ 33.49679, -112.070198
Phoenix, Arizona (AZ), US
Four people are dead after two news helicopters have crashed in Phoenix, Arizona, in the United States. The helicopters were covering a high-speed chase within the city, when, at some point, the two choppers inadvertently crashed into each other. Wikinews has learned that the two helicopters belong to independent TV station KTVK, and ABC affiliate KNXV.

There is still no word on an exact cause of the collision, however, the FAA is reviewing tapes to see if the helicopter pilots were communicating with air traffic controllers at the time.

Eye-witness, Mary Lewis, said: "I looked up and I see this 'boom,' and I see one of the helicopters coming down, and I said 'Oh my God'."