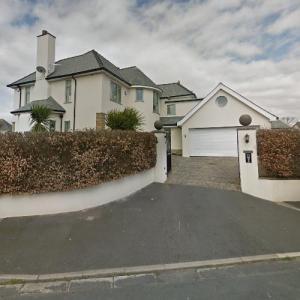 By Scrinja @ 2020-02-14 05:28:58
@ 54.0874073, -2.8167801
Morecombe, United Kingdom (GB)
Tyson Fury, the British professional boxer and two-time heavyweight world champion, owns this beautiful home. He has held the WBC, The Ring magazine, and lineal titles since defeating Deontay Wilder in February 2020, and he previously held the unified WBA (Super), IBF, WBO, IBO, The Ring magazine, and lineal titles by defeating Wladimir Klitschko in 2015. With his defeat of Wilder, Fury became the third heavyweight, after Muhammad Ali and Floyd Patterson, to hold The Ring magazine title twice and the first heavyweight in history to have held the WBA (Super), WBC, IBF, WBO, and The Ring magazine titles. After the rematch with Deontay Wilder, Fury also became the first man to defeat two champions who had successfully defended their titles ten times each.

As of February 2020, Fury is ranked as the world's second best active heavyweight by the Transnational Boxing Rankings Board and BoxRec and is already considered one of the greatest boxers of all time. As an amateur he represented both England and Ireland, as he was born in Manchester to an Irish Traveller family and traced his family lineage to relatives in Belfast and Galway, winning fans from both regions. He won the ABA super-heavyweight title in 2008 before turning professional later that year at 20 years of age. After winning the English heavyweight title twice, he became the British and Commonwealth champion in 2011 by defeating the 14–0 Dereck Chisora.

Fury was stripped of his IBF title 10 days after the Klitschko bout as he was unable to grant a fight with the IBF's mandatory challenger, Vyacheslav Glazkov, due to a rematch clause in his contract with Klitschko. The Klitschko rematch did not materialise as Fury suffered from mental health issues leading to alcoholism, extreme weight gain, and recreational drug use; he was also charged with anti-doping violations amidst this difficult period. In 2016, he vacated the WBA, WBO, and IBO titles; The Ring stripped him of his last remaining title in early 2018. Later in 2018, following more than two years of inactivity, Fury challenged for the WBC heavyweight title against Deontay Wilder. The fight was controversially scored as a draw, with many believing Fury won.

Tyson Fury has a net worth of $30 million. Including a $28 million minimum guarantee earned from his February 2020 rematch against Deontay Wilder, which is still required to put the infamous draw against Deontay Wilder in December 2018 to rest.
Links: en.wikipedia.org, www.the-sun.com
49,840 views

sparkles
@ 2020-11-20 11:48:20
Maybe time to lock this one down as private? Wife says they are inundated with strangers turning up and are having to move, please note they have 5 young kids:
https://www.dailymail.co.uk/tvshowbiz/article-8970453/Paris-Fury-reveals-boxer-husband-Tyson-forced-home.html