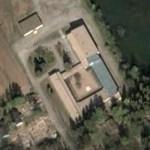 The gunman, 18-year-old Pekka-Eric Auvinen, later died in hospital from a self-inflicted gunshot wound to the head.

Witnesses described chaos and panic as Auvinen shot dead his headmistress, five boys, two girls, and wounded a dozen others as they tried to flee the carnage.
Links: www.foxnews.com
894 views

jbottero
@ 2007-11-07 16:51:33
It will probably be taken down soon, but here's this nutcase's server folder containing such things as pictures of the gun and a manifesto.

Anonymous
@ 2007-11-08 14:34:23
just to get things straight, that server folder is not the nutjobs, someone just mirrored the contents on the matter from several sites.