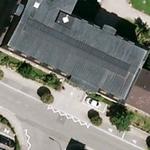 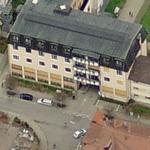 By adrbr @ 2011-11-30 06:42:12
@ 47.61694519, 7.66461284
Lörrach, Germany (DE)
The 2010 Lörrach hospital shooting rampage occurred on September 19, 2010 in the small town of Lörrach, Germany near the Swiss border. Sabine Radmacher, a 41-year-old woman, smothered her 5 year old son and then shot and stabbed the boy's father, her ex-partner. She then set fire to the flat, eventually causing an explosion. She crossed the street to St. Elisabethen Hospital, where she shot and stabbed one male nurse, killing him and severely injuring two passers-by and a police officer. Soon after, the woman was fatally shot by special police units. The investigators established that the woman was a female lawyer who had killed her former common-law husband and their 5-year-old son in a nearby apartment block. She was a sporting markswoman and used a cal. 22 sporting gun.
Links: en.wikipedia.org
725 views