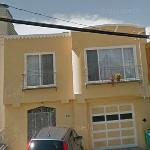 By kkeps @ 2012-07-20 12:52:05
@ 37.722533, -122.449855
San Francisco, California (CA), US
Five people were found dead at a home in San Francisco's Ingleside neighborhood, on the morning of Friday, March 23, 2012. Initially believed to be a murder-suicide, police arrested a man two days later, identified as 35-year-old San Francisco resident Binh Thai Luc, and charged him with five counts of murder. The deaths were initially thought to be caused by gunshot wounds, but police ruled that out and instead stated that the deaths were from blunt force. The motive is still under investigation.
Links: en.wikipedia.org
1,071 views