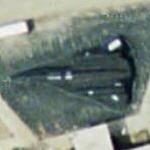 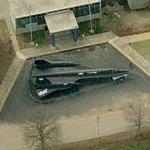 This particular aircraft was the only A-12 to remain in service after 1967 - the rest were mothballed at the Lockheed "Skunkworks" plant in Palmdale, CA until the early 1990's, when they were cut up and shipped all over the country to museums. Many are commonly, and mistakenly, billed as SR-71 Blackbirds.

This A-12 was transferred to NASA for high speed research which provided a wealth of information for the development of the Space Shuttle. It was later mothballed when NASA received two SR-71s for flight testing. NASA currently has only one flight ready SR-71 Blackbird, and it is the last flight worthy example of this magnificent aircraft.
Links: www.themindspill.com
3,103 views