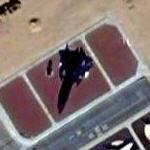 By kjfitz @ 2007-11-27 10:30:22
@ 34.952407, -117.888853
Edwards AFB, California (CA), US
The Lockheed SR-71 is an advanced, long-range, Mach 3 strategic reconnaissance aircraft developed from the Lockheed YF-12A and A-12 aircraft by the Lockheed Skunk Works. The SR-71 was unofficially named the Blackbird, and called the Habu ("snake") by its crews. Clarence "Kelly" Johnson was responsible for many of the design's advanced concepts, with the SR-71 being one of the first aircraft shaped to reduce its radar cross section, although its radar signature could be tracked by contemporary systems unlike later "stealth" aircraft. A defensive feature of the aircraft is its high speed and operating altitude; whereby if a surface-to-air missile launch was detected, standard evasive action was simply to accelerate. The SR-71 line was in service from 1964 to 1998, with 12 of the 32 aircraft being destroyed in accidents, though none were lost to enemy action.
Links: en.wikipedia.org
5,120 views