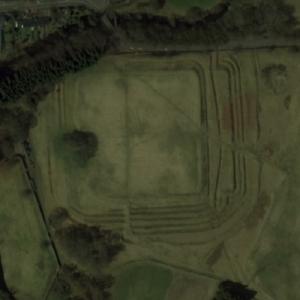 By Drudii @ 2016-11-01 13:12:24
@ 56.2667249, -3.8756499
Dunblane, United Kingdom (GB)
Ardoch was an ancient Roman fort located in Scotland near the town of Braco. The fort was constructed around 80 AD. The fort was most likely built at the time of the Battle of Mons Graupius, which was a battle between Caledonians (Scottish) and forces of the Roman Governor of Britain, Gnaeus Julius Agricola. The fort would have been one of the largest Roman stations in Britain.

The fort was near the Ardoch Marching Camp, which is located slightly further up the road. Today the mounds of the fort are clearly visible .

There are traces of an old church and graveyard, but those date back to the medival times when a small chapel and graveyard was built in the centre of the fort.
Links: en.wikipedia.org, www.ancient-scotland.co.uk
246 views