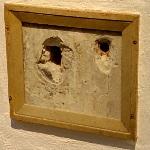 Gérard was a Roman Catholic supporter of King Philip II of Spain (Habsburg). William I was a wealthy Protestant who initially served Philip and the Habsburgs. He joined the Dutch upridsing after religious tensions furthered and led the rebels. Philip decreed William an outlaw with 25,000 crowns on his head. Gérard took him up on the offer. He travelled to the Netherlands, posed as a military man to get close to William. When that didn't work Gérard posed as a French noble. Gérard made an appointment with William, hid in a dark corner and jumped out and shot William in the chest with two wheel-lock pistols. William died shortly thereafter.
Links: en.wikipedia.org
1,052 views