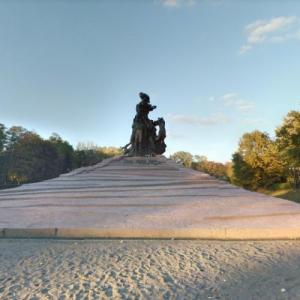 The most notorious and the best documented of these massacres took place on September 29–30, 1941, wherein 33,771 Jews were killed in a single operation. The decision to kill all the Jews in Kiev was made by the military governor, Major-General Kurt Eberhard, the Police Commander for Army Group South, SS-Obergruppenführer Friedrich Jeckeln, and the Einsatzgruppe C Commander Otto Rasch. It was carried out by Sonderkommando 4a soldiers, along with the aid of the SD and SS Police Battalions. The massacre was the largest single mass killing for which the Nazi regime and its collaborators were responsible during its campaign against the Soviet Union and is considered to be "the largest single massacre in the history of the Holocaust".
Links: en.wikipedia.org
3,622 views