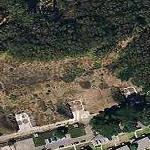 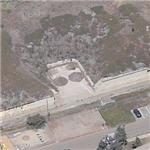 By kjfitz @ 2005-07-16 02:00:22
@ 37.79517, -122.474385
San Francisco, California (CA), US
This Endicott-era battery was completed and armed in 1898 with four pits, each containing four 12-inch mortars. This battery was divided in 1906 into two batteries of eight mortars each. The two pits to the east retained the name of Battery Stotsenburg and the two western pits were renamed Battery William McKinnon. The battery was built to provide seaward defenses against capital and moderate sized warships. These guns had a range of 8 miles. This battery was capable of all-around fire (360 degrees) and could target the entire water area within its range as well as beaches and land. In 1917, four mortars were transferred from here to Battery Howe at Fort Funston. In 1943 the War Department ordered this and 12 other batteries salvaged because they were no longer needed.
Links: www.nps.gov
675 views