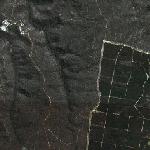 By Mike1989 @ 2013-04-17 05:41:35
@ -34.514124, 150.227308
Berrima, Australia (AU)
Belanglo State Forest is a planted forest in the Australian state of New South Wales; its total area is about 3,800 hectares. The Belanglo State Forest is located south of Berrima in the Southern Highlands, three kilometres west of the Hume Highway between Sydney and Canberra. The forest is owned by the New South Wales Government and contains some of the earliest pine plantings in the state. The public has free access to the forest; it is popular with recreational trail bike riders.

Backpacker Murders;
In 1992 and 1993, seven skeletons were found in the forest, in what was described by media as The Backpacker Murders and was considered to be the work of a serial killer. Eventually, Ivan Milat was convicted of the murders in 1996 and sentenced to life imprisonment.

On the 29th of August 2010 trail bike riders discovered a human skeleton in the forest. Media reports at first linked the killing to Milat, but later forensic work looks to disprove this theory as evidence suggests that the remains have been left there at a later date.

On the 22nd of November 2010, three teenagers (including one related to Ivan Milat) were arrested on suspicion of connection with the discovery of a murdered male in the forest, following a tip-off.

Copycat murders;
David Auchterlonie was celebrating his birthday on the 20th of November; Mathew Milat 17, and Cohen Klein 18 planned for over a week to lure David Auchterlonie to his death. The third person, whose charges have since been withrawn by the DPP went to police midday the 21st November to report the murder.