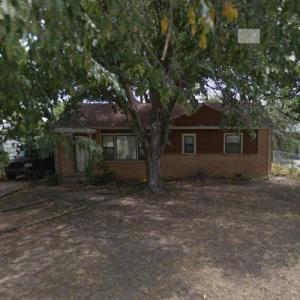 On April 27, 1985 Rader claims he stalked Marine Hedge who lived nearby and broke into her house and hid until she returned home. In court Rader said Hedge returned home with an unknown male, during which time he remained hidden until the guy left. Rader then proceeded to sneak into her bedroom armed with his killing kit (a black bag, that contained a rope,plastic bags, a knife and a gun) Rader then flipped on the bathroom light causing her to scream. Rader says he then proceeded to strangle her manually. Rader said he casually knew Hedge because they were neighbors.

Please keep in mind that this is a private residence, we ask that you not trespass on the property, knock on the door or disturb the residences.
Links: en.wikipedia.org
1,976 views