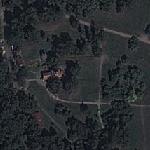 By Mike1989 @ 2013-01-21 10:48:08
@ 55.533434, 37.595344
Moscow, Russian Federation (RU)
The Butovo firing range (Russian: Бутовский полигон) is the name of a location where more than 20,000 political prisoners were shot during the Great Terror of the Soviet Union and thereafter from 1938 to 1953. It is located in the Yuzhnoye Butovo District of Moscow, near the village of Drozhzhino (Russian: Дрожжино). Among those killed in Butovo were Béla Kun, Gustav Klutsis, Seraphim Chichagov, and a number of Orthodox priests later canonized as the New Martyrs. The Russian Orthodox Church took over the ownership of the lot in 1995 and had a large Russian Revival memorial church erected there in the 2000s (decade). The mass grave may be visited on weekends.
Links: en.wikipedia.org
448 views