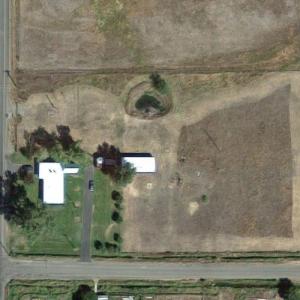 When relatives reproted to police that they had not heard from the children in weeks, an investigation found Vallow and Daybell in Arizona, where they had moved in early September 2019, staying with Melanie Gibbs. Gibbs told police that she had not seen J.J. and that Tylee was also missing.

Further investigation revealed that In July 2019, Vallow's estranged husband, Charles Vallow, was shot and killed in Phoenix, Arizona by Lori's brother, Alex Cox, allegedly in self-defense. Cox himself died of unknown causes in December 2019. In early October Brandon Boudreaux, the then-estranged husband of Lori Vallow's niece, Melani Boudreaux, was shot at in the driveway of his Gilbert, Arizona home from a vehicle still registered to the deceased Charles Vallow. Also in October, Chad Daybell's wife, Tammy Daybell, was attacked in her driveway by what she believed was someone shooting a defective paintball gun. A few weeks later, on October 19, she died in her sleep from what was initially recorded as "natural causes". No post-mortem or autopsy was performed. But when Chad Daybell married Lori Vallow just two weeks after Tammy's death.

On February 20, 2020, Lori Vallow Daybell was arrested in Kauai and charged with desertion and nonsupport of her dependent children.

On June 9, 2020, police executed a search warrant at Chad Daybell’s home where they discovered human remains. Kay Woodcock, the biological grandmother of J.J. confirmed that one of the sets of human remains was that of J.J.
Links: en.wikipedia.org
3,315 views