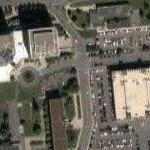 Strictly speaking, CSE is only part of Canada's SIGINT effort. A civilian agency of the Department of National Defence, CSE processes SIGINT, produces analyses, and disseminates reports to Canadian and allied consumer agencies. The actual collection of the SIGINT, however, is conducted by the Canadian Forces Supplementary Radio System (SRS), a component of the Canadian Armed Forces that operates under the direction of CSE.