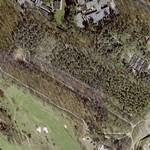 During the years of 1941 to 1945, over 35,000 prisoners were kept here. The camp was situated in the southern part of Amersfoort, on the city limit between Amersfoort and Leusden in central Netherlands.
Links: en.wikipedia.org
569 views