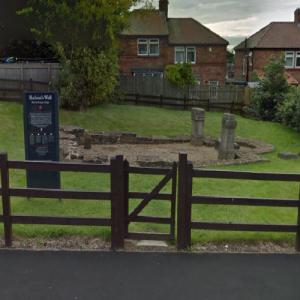 Most of the fort has been demolished and modern houses are built on the site. However, there are small remains of fort among the modern buildings. One them being a temple and the other being some foundations from another section of the fort.

Seen here, the temple was built within the fort and dedicated to Antenociticus. The foundations of the temple are clearly visible.
Links: en.wikipedia.org
290 views