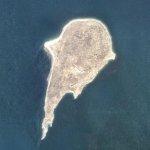 By gamma @ 2007-01-07 10:44:46
@ 41.503178, -71.399374
Providence, Rhode Island (RI), US
Its Indian name was Quotenis, but it is called Dutch Island because the West India Company established a trading post on the island in 1625, trading Dutch goods, cloths, implements. and liquors for the Indians' furs, fish, and venison. The island was bought from the Indians in 1654. During the Civil War, it was a rendezvous for battalions of the 14th Regiment of the R.I. Heavy Artillery. The federal government took over the island in 1863 and constructed earthen batteries: the honeycomb tunnels and gun emplacements of Fort Greble were built after the Spanish-American War and enlarged until 1902. The island is part of the Bay Islands Park system.
Links: www.providenceri.com
967 views