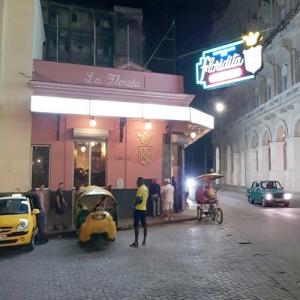 Ernest Hemingway was known to have frequented the bar and this quote was attributed to him: "My mojito in La Bodeguita, my daiquiri in El Floridita. A life-sized bronze statute of Hemingway rests in the corner of the bar.
Links: virtualglobetrotting.com, en.wikipedia.org
385 views