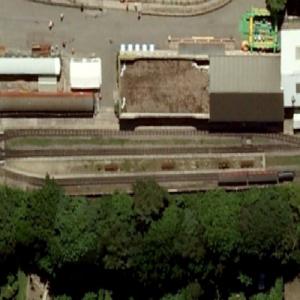 What's left today:
A small section of the platform remains today. The station and the former trackbed at the site has been converted into a light railway tour company.
Links: www.disused-stations.org.uk
283 views