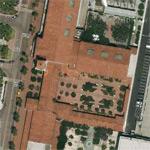 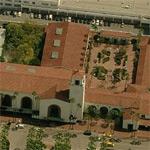 By neotrix @ 2008-09-15 05:06:41
@ 34.056162, -118.236156
Los Angeles, California (CA), US
Union Station in Los Angeles, which opened in May 1939, is known as the "Last of the Great Railway Stations" built in the United States, but even with its massive and ornate waiting room and adjacent ticket concourse, it is considered small in comparison to other union stations. It was formerly designated the Los Angeles Union Passenger Terminal (LAUPT), but its current owner, Catellus Development, officially changed the name to Los Angeles Union Station (LAUS).
Links: en.wikipedia.org
3,951 views