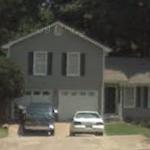 Officers were raiding what would turn out to be one of the largest methamphetamine labs in the nation just a few houses down from Campbell, in an otherwise quiet crook of Newbury Road. Local and federal law enforcement officers carted away 984 pounds of methamphetamine worth an estimated $44 million. The slate gray two-story house in question had been unoccupied since 2008 and no one had been seen coming or going in months, Campbell said.
Links: www.ajc.com
892 views