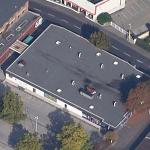 Haribo is the biggest manufacturer of gummi and jelly sweets in the world, with its products mainly consisting of Gummi Bears, other jelly sweets and liquorice. There are five factories in Germany and 13 throughout the rest of Europe. There are sales offices in almost every country in Europe as well as in the United States and Australia.
Links: en.wikipedia.org
639 views