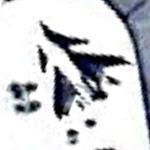 The HiMAT were actually remotely piloted aircraft, as the design team decided that it would be cheaper and safer to not have a pilot on board who could be killed in the event of a crash. This also meant that no ejection seat would have to be fitted. According to a report by Sarrafian in 1984, the aircraft was flown by a pilot in a remote cockpit, and control signals up-linked from the flight controls in the remote cockpit on the ground to the aircraft, and aircraft telemetry downlinked to the remote cockpit displays. The remote cockpit could be configured with either nose camera video or with a 3D synthetic vision display called a "visual display" (Sarrafian 1984).

First flight was in 1979 and testing was completed in 1983 and the two HiMAT aircraft are now on display, one at the National Air and Space Museum and the other at the Dryden Flight Research Center.
Links: en.wikipedia.org, www.air-and-space.com
722 views