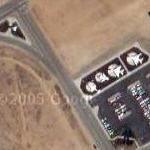 The X-15 was a rocket-powered aircraft 50 ft long with a wingspan of 22 ft. It was a missile-shaped vehicle with an unusual wedge-shaped vertical tail, thin stubby wings, and unique side fairings that extended along the side of the fuselage. The X-15 weighed about 14,000 lb empty and approximately 34,000 lb at launch. The XLR-99 rocket engine, manufactured by Thiokol Chemical Corp., was pilot controlled and was capable of developing 57,000 lb of thrust. North American Aviation built three X-15 aircraft for the program."

Compared to a conventional wing, the supercritical wing (SCW) is flatter on the top and rounder on the bottom with a downward curve at the trailing edge (see illustration). The concept was first studied in the 8-foot transonic pressure tunnel and other wind tunnels at Langley and Ames Research Center, Moffett Field, Calif., before actual research with an aircraft began.

A TF-8A Crusader, available from the U.S. Navy, was selected as the SCW testbed. With its easily removable wing, landing gear that retracted into the fuselage, and Mach 1.7 capability, it was a satisfactory choice as a testbed. The announcement that the SCW concept would be flight tested at the Dryden Flight Research Center (then the NASA Flight Research Center), Edwards, Calif., was made in February 1969.

The first test of a DFBW system in an aircraft was in l972 on a modified F-8 Crusader at the Flight Research Center, Edwards, Calif. (now Dryden Flight Research Center). It was the forerunner of the fly-by-wire flight control systems now used on the space shuttles and on today's military and civil aircraft to make them safer, more maneuverable and more efficient.

Two X-29 aircraft, featuring one of the most unusual designs in aviation history, were flown at the NASA Ames-Dryden Flight Research Facility (now the Dryden Flight Research Center), Edwards, Calif., as technology demonstrators to investigate advanced concepts and technologies. The multi-phased program was conducted from 1984 to 1992 and provided an engineering data base that is available in the design and development of future aircraft.

The X-29 almost looked like it was flying backward. Its forward swept wings were mounted well back on the fuselage, while its canards — horizontal stabilizers to control pitch — were in front of the wings instead of on the tail. The complex geometries of the wings and canards combined to provide exceptional maneuverability, supersonic performance, and a light structure. Air moving over the forward-swept wings tended to flow inward toward the root of the wing instead of outward toward the wing tip as occurs on an aft swept wing. This reverse air flow did not allow the wing tips and their ailerons to stall (lose lift) at high angles of attack (direction of the fuselage relative to the air flow).

F-104, tail number 826, was flown by NASA at the Dryden Flight Research Center, Edwards, Calif., as an aeronautical experiments testbed.


The aircraft was distinguished by a pylon called a flight test fixture (FTF) mounted on the fuselage centerline between the main landing gear.

Articles to be tested were attached to or installed in the FTF, which was instrumented to record the research data aboard the aircraft. The instrumentation package also transmitted the same data in "real time" to engineers in Dryden's mission control room as test events took place.

Wingless lifting bodies attained aerodynamic stability and lift from the shape of the vehicle. Lift resulted from more air pressure on the bottom of the body than on the top. They used energy and aerodynamic lift for in-flight maneuvering and a powerless, glider-like landing.
2,055 views