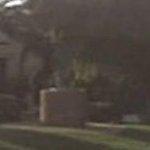 O'Conor is the founding father of the city of Tucson, Arizona having authorized the construction of a military fort in that location in 1775. In 1777, O'Conor requested, due to his failing health, to be transferred to the Yucatan Peninsula, whereupon he was promoted to brigadier general and appointed Governor of Yucatan Peninsula. He served there until his death in 1779.
Links: en.wikipedia.org
526 views